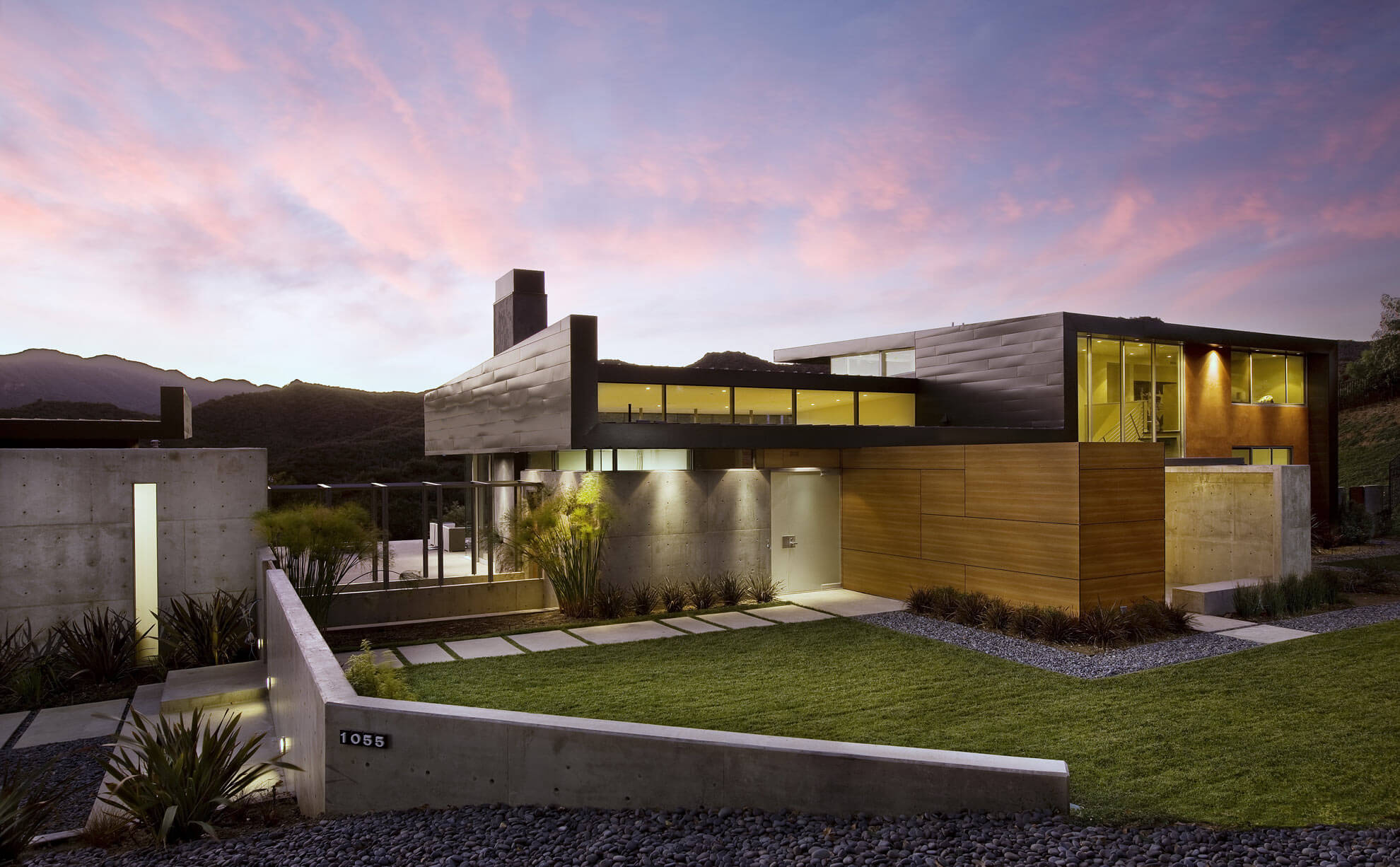 The central focus of the design on this Calabasas home was to accentuate the outstanding views of the canyon beyond. In contrast to the rolling green hills, the home is structured with clean lines and hard angles. Its geometric configuration is composed of a series of connected folding roof and wall planes. At points, the folded walls lift up to reveal poured concrete walls that enclose much of the first floor spaces. Wood paneling and orange stucco are layered amongst glass windows and doors to add warmth to the exterior palette.

When first envisioning the home, the AA design team was inspired by the homeowner’s profession – a commercial photographer. For this reason, they designed an architectural car port that frames the view of the mountains, an ideal setting for a car advertisement. Since its completion, the home has hosted commercial photo shoots for Lexus, Saab, Toyota and Chevy. It was also used as the set for the second season of Jonas L.A. as well as in Katy Perry’s music video for her hit single “The One That Got Away”.

The compound consists of the main house building and the garage and guest room building, which are separated by a courtyard. The open plan features living spaces with a high ceiling and clear story windows that allow soft filtered light to enter every room. Sliding glass pocket doors fully open to unify these exterior and interior spaces, thus expanding the living spaces to incorporate the outdoors. 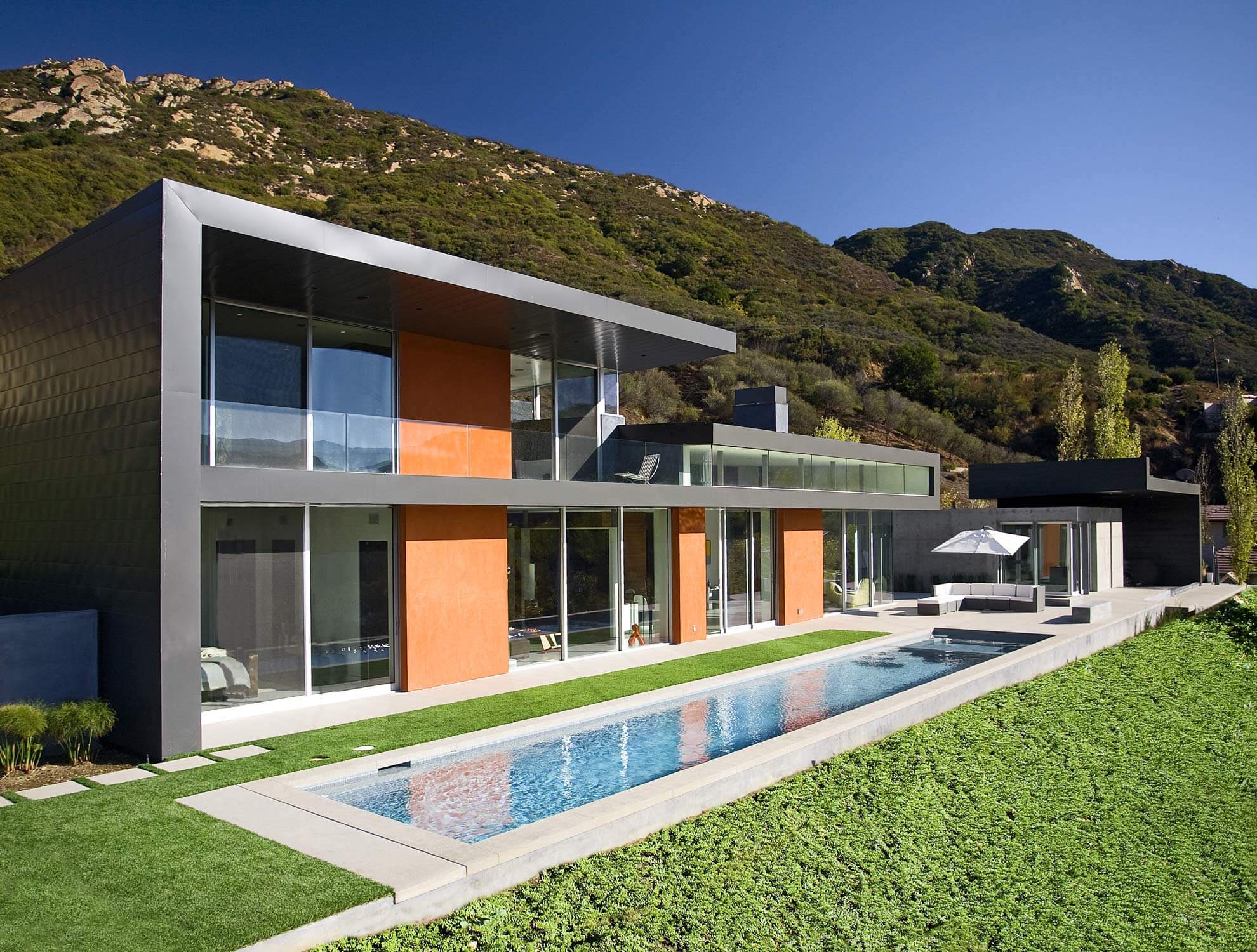 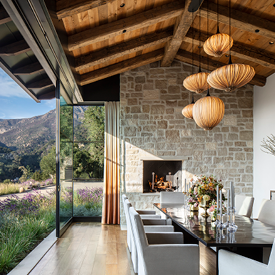 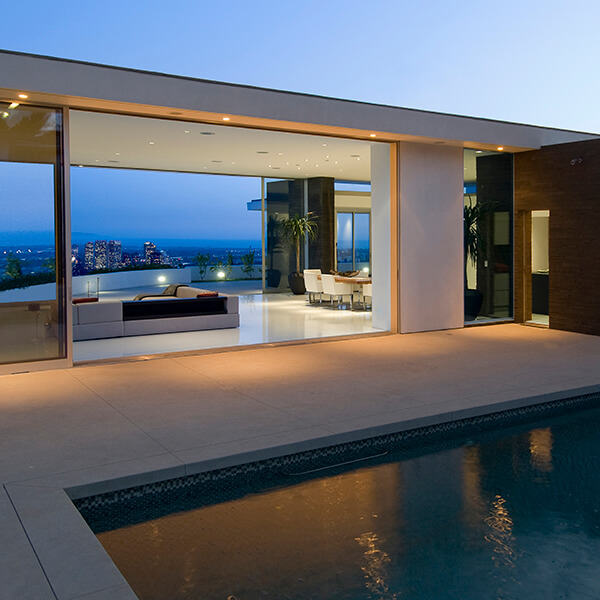 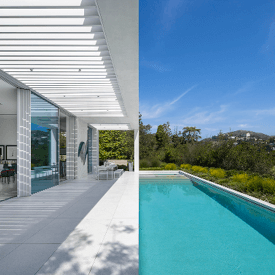 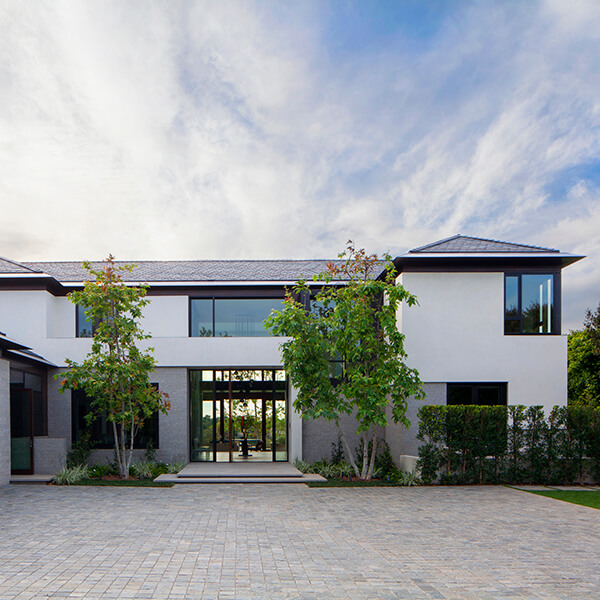