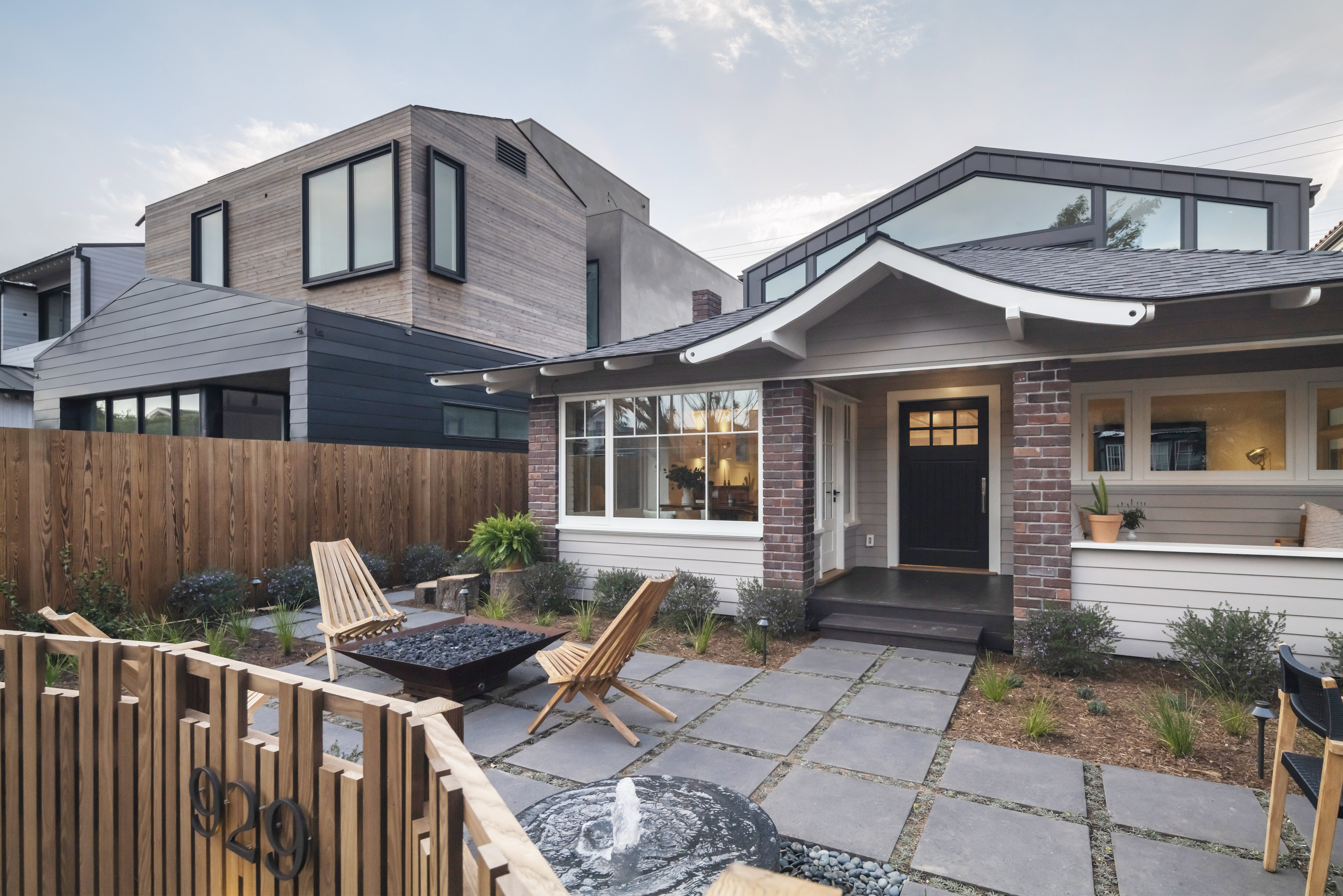 The ten blocks comprising Venice’s Milwood Historic Neighborhood blend together 1920’s bungalows and California modern homes with lush gardens and publicly accessible “walk streets”. In developing three lots for this district, our team demonstrated sensitivity to the existing context and a high level of community-engagement. Approval for the project was accomplished through close coordination with the Department of Los Angeles City Planning Office of Historic Resources.

M.E. Development, the developers of the new Modern Venice Homes envisioned converting three adjacent properties in this desirable neighborhood into an oasis of contemporary “California Modern” style. However, local building codes and the Venice Specific Plan both focus on restoring and enlarging the existing 1920’s bungalows rather than demolishing them outright. Working with M.E. Development and the Office of Historic Resources, Abramson Architects’ solution allows the collective properties to retain their character-defining Craftsman-style features while satisfying the M.E. Development’s preference for a sleek design.

An existing single-family home, which straddled two of the three contiguous lots, qualified as a “potential contributor to the District” and as such the front exterior was earmarked for preservation. The design team coordinated with M.E. Development and local agencies to relocate the front portion of the one-story craftsman bungalow from between Lots 22 and 23 onto its own permanent home on Lot 24. A respectful two-story addition introduces modern materials such as metal siding and large glass windows while the original roof-line of the bungalow retain the contributing single-story massing on the street side of the home.

Inside Lot 22, the living room features a pitched roof that extends inside. The volume of the home is modulated through design interventions such as an interior courtyard which reduces the mass and scale of the structure. An interior stairway leads up to a private roof top deck.

Lot 23 also offers the new owners an opportunity for a rooftop terrace. The stairways placement is away from the home’s perimeter, meeting the local requirement mandating reduced viability of roof access from both the walk and drive streets. A lap pool is nestled discretely along the length of the home.

By incorporating the front portion of the original 1907 bungalow into the design for Lot 24, the team seeks to preserve the neighborhood irreplaceable historic character. 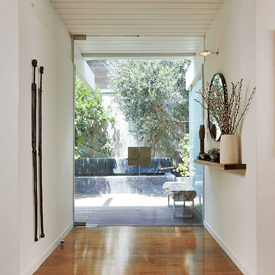 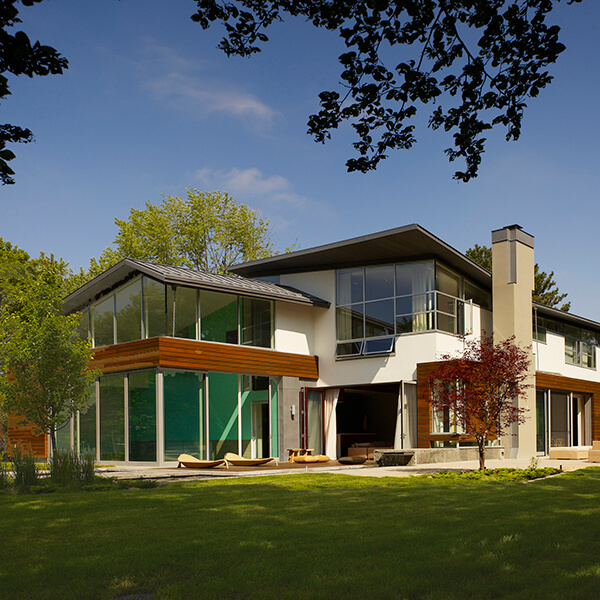 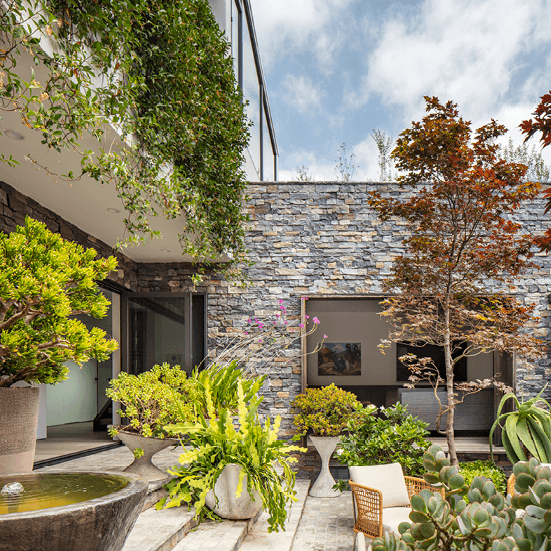 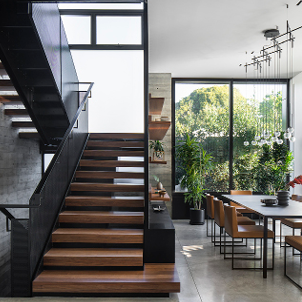